The assembly line was invented in 1913 and has been in continuous operation ever since. It has spread to every industrial nation and has become the most familiar form of mass production. Some corporations that adopted it made enormous profits; others went bankrupt. It has been praised as a boon to all working men and women, yet it has also been condemned as a merciless form of exploitation. It has inspired novels, poems, popular songs, and even a short symphonic work, but it has also inspired satire and visions of apocalypse. It was embraced by both Nazi Germany and the Soviet Union, yet Americans believed that the production lines of Detroit ensured the victory of democracy in both World War II and the Cold War. More recently, it was reinvented in Japan and exported back to the United States as lean production.

As the assembly line spread, its effects varied. Between 1914 and 1940 a few nations and some industries embraced it rapidly, others slowly, and some not at all. European nations adopted it more slowly, even after World War II, preferring the flexibility of skilled workers over the standardization of semi-skilled work on assembly lines. In more recent decades, mass- production industries have gradually moved away from the expensive labor markets of Western Europe and the United States to less costly venues in Asia and Latin America. Once the engine of US prosperity, the assembly line now increasingly drives competing economies elsewhere. Its complex social and economic effects have become global.

The assembly line emerged in a specific place (Detroit), at a specific time (between 1908 and 1913), in a specific industry (the automobile industry). But it also expressed trends in American society that can be discerned during the nineteenth century. It was the culmination of decades of labor-saving devices, new management ideas, improvements in metal alloys, increasing precision in machine tools, and experimentation with production. Yet that this form of production should be invented in the United States was not inevitable. The elements that came together to form the assembly line could also be found in France, in Germany, and in Britain. Any of the other industrial nations might have hit upon it first. Nevertheless, the United States proved particularly suitable for its emergence. A cultural context either fosters or resists a new technology. Before Henry Ford was born, speed, acceleration, innovation, interchangeable parts, uniformity, and economies of scale already were valued in the United States, where the values that the assembly line would embody were woven into everyday life.

The assembly line was created at Ford’s factories was not a final result, but a part of an ongoing cultural process. America's Assembly Line is a centennial history of this central technology and its effects on work, leisure, and everyday life.

"To make sense of their twenty-first-century world, people need to understand the profound influence of the twentieth-century technology known as the assembly line. David Nye's sweeping analysis of the origins and development of 'the line' is the place to start." -- Robert Casey, former Senior Curator of Transportation, Henry Ford Museum


"It is hard to think of a manufacturing technology that has had a greater economic and social impact than the moving assembly line. In America's Assembly Line, David Nye shows us how this new technology emerged, expanded, stalled, and was reinvented, setting in train the age of mass production and consumerism as well as many of the subsequent environmental problems we experience today. Nye's beautifully nuanced and perceptive treatment of the subject indicates why he is one of the most distinguished historians of technology and culture working today." -- Merritt Roe Smith, Cutten Professor of the History of Technology, MIT


"Crafted with immense erudition, America's Assembly Line is a fascinating cultural history, combining extensive archival research and theoretical sophistication. Nye shows how America's growing economy in the twentieth century was powered by the assembly line and how deeply this 'general purpose technology' was intertwined with American culture, from the exuberance of the Rockettes to the dysphoria of the American worker. He offers a lucid, historically informed reading of the problems that beset America today, in a changed global economy that has adapted assembly-line technology to its advantage even as the American worker has been marginalized." -- Miles Orvell, Temple University, author of The Death and Life of Main Street: Small Towns in American Memory, Space, and Community


Available at these and other booksellers:

The Geography of American Invention

A new study from the Brookings Institution reveals that a relatively small part of the United States produces most of its patents. As reported in the New York Times, the Census Bureau divides the nation into 370 "metropolitan statistical areas" but two out of every three patents is produced in just 20 places. 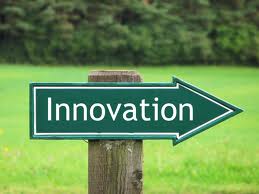 It is even more interesting to study the top five of these 370 areas. Those with "the most patent filings per million people, from 2007 to 2011, were San Jose-Sunnyvale-Santa Clara, California; Burlington-South Burlington, Vermont; Rochester, Minnesota; Corvallis, Oregon; and Boulder, Colorado." None of these places are large cities. All are attractive small cities, in beautiful natural settings where it is more desirable to live than most other locations in the US. All of them have universities and/or large medical centers at their core. All of these places now are, or at least once were, less expensive than major cities. In short, these are upscale, attractive areas with highly educated populations in smaller cities. The extremes of urbanism or rural life are not represented. These are middle landscapes that talented people will choose to live in or that they will be happy to move to. Not Philadelphia, but Princeton. Not New York City, but Ithaca. Not Denver but Boulder.

In such locations innovative people can afford to live and to establish offices or labs more easily than in the large cities. In such places they also can find like-minded  innovators more easily than in large cities. These smaller places have a critical mass of talent, but not much heavy industry such as steel mills, and they have less traffic and better public schools than most places.

The implications for other nations need to be underscored. Rather than try to make Europe's largest cities the centers of innovation, it makes more sense to look for smaller university towns analogous to Austin, Burlington, Boulder, or Corvallis. In Denmark the potential for innovation per capita should therefore be higher in Aalborg or Odense than in Copenhagen. In Britain, innovation should flourish not in London or Manchester but in Cambridge or York.

Furthermore, the study shows that it is much smarter for a city to invest in research universities than in football stadiums or downtown shopping malls. Stadiums represent the "build it and the consumers will come" school of thought. However, fans and consumers may go elsewhere. Universities generate patents and new businesses that create new sources of income, jobs, and production, with consumption an inevitable by-product of the high incomes characteristic of such communities.

This is not to say that no innovation takes place in large cities. Of course it does. But in the United States the most innovative locations have other demographics.

The Brookings Institution report can be found here.