Technology: A European Patent Office, 222 Years Later than the US


The first patent issued by the US government was approved July 31, 1790. The document was signed by George Washington himself. In the early years one of Thomas Jefferson's duties as a member of the cabinet, was to supervise the patent process. It soon became too great a burden and people had to be hired to do this work full time.

That first patent was issued to Samuel Hopkins for a process for making potash and pearl ashes to be used in fertilizer.For a largely agricultural nation, this was an appropriate beginning.

Since then, more than six million patents have been issued in the United States, and each of them has enjoyed the protection of federal law in all of the individual states. In contrast, Europe has long struggled to reach the place where the United States was in 1790. Patents are more costly and much harder to defend in Europe, even today, because of the multitude of national jurisdictions, varying regulations, different languages, and complex procedures.

During the last year, the EU finally drew up an agreement that will help solve some of these problems, by establishing a more coherent system. The negotiations have lasted 40 years. At the end of June, the three biggest economies in their usual squabbling way carved up the court into three parts, with the pharmaceutical patents to be issued from London, the mechanical ones from Munich, and all the rest from Paris.

This division is silly, and assumes an absurdly neat division of intellectual property with no fuzzy boundaries, but it is evidently the best the EU can do. The new system will create specializations and potential differences between the three sites. Law firms will need to have offices in all three cities if they want to offer full service to corporate customers. In short, the result will not be as efficient or as inexpensive as it might have been with a single location.

Still, it is an improvement. For the first time, inventors in many European nations can get just one patent that protects their discoveries in all the other member states. One would have thought such a clearly good idea would have been part of the original EU treaty, or at the very least that it would not have taken 40 years to negotiate.

So, the EU is still not where the US was in 1790, when all patents were issued from one office. But it is a big step in the right direction. It almost looks like the EU wants to be competitive.
Posted by David E. Nye at 8:17 AM


Last week in Virginia, just one week, more than 4,000 negative campaign ads were on radio and television. They came from both the Obama and Romney campaigns. Each clearly has decided that they have the best chance to win if they can undermine their opponent.  But the result of such campaigning is that voters lose respect for the political process and do not want to see or hear the advertisements. More and more people become convinced that the candidates are exaggerating or lying. Indeed, some people  get disgusted and will not vote at all. The candidates know they are driving some voters away, but nevertheless continue their negative advertising.


There are basically two kinds of negative advertising. The first stays focused on an opponent's political activities, particularly how he or she voted, their relationship to special interests, and any evidence of flip-flopping on important issues.  The second makes personal attacks (veiled or otherwise), suggesting that the candidate is not a good person. So far, we have mostly the former, but there are hints of the less acceptable advertisements, and these are more likely was we come closer election day.

One would think that after four years a president's image would not easily be challenged, though that is what Romney is trying to do. Surely most voters have formed an opinion about a sitting president, but apparently Romney thinks he can convince people that Obama is not a good American - this apparently being the line of attack in some of the ads. Such attacks seem just plain stupid to me. These two men differ in their views, but I do not think either one of them is insufficiently American. 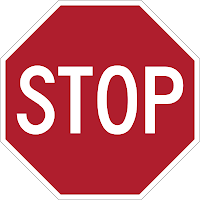 It is time to have a real debate about issues - accompanied by detailed policy proposals. Where do these candidates stand on the following issues?

-  Is it possible to institute some form of gun control, to protect the public from massacres like the recent one in Colorado?
- Should the US continue to use killer drone planes in Pakistan and other countries? If so, what are the limits for using such weapons?
- Do women have the right to an abortion? (An issue especially important given that several Supreme Court positions are likely to open up due to retirement during the next four years.)
- Are banks now sufficiently regulated, or does the new scandal (centered in Britain) suggest tighter controls are needed to prevent them from defrauding the public?
- Should the Bush II tax reductions for wealthy people end or not?
- How should the United States finance university education? Its price tag has increased more rapidly than wages during the last thirty years, and the nation risks becoming uncompetitive with countries where tuition is low or even non-existent.,
- What is the best foreign policy for the future, as the US economy declines in relative size compared to the world economy as a whole?
- To what extent, and how, is the US going to pay off its enormous national debt?
- As evidence accumulates that global warming (and Greenland's melting) are very real, what is the US going to do to reduce its contribution CO2 emissions?

This is only a partial list of important issues. Negative advertising focusing on individuals will not address them. The voters deserve better.

The Offshore Candidate: Romney and the Cayman Islands

Perhaps Romney should run for president of the Cayman Islands. He has millions of dollars invested there. How many millions we cannot know because he refuses to release his financial records. Does he tithe more money each year to the Mormon Church than he pays to the US government in taxes? Again, we have no idea.

Candidates usually are open about their taxes, because they want to convince the public that they have nothing to hide. Later on, if elected, they may become less open, as a measure of secrecy comes with high office.  But it disturbs me that Romney is secretive and evasive about his wealth. 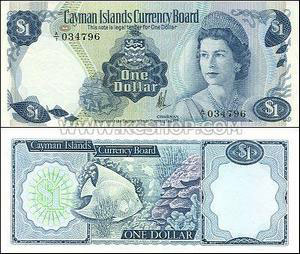 What do we know at this point?

1. Romney has kept large sums of money in off-shore accounts, including Switzerland and the Cayman Islands.

2. Bain Capital, that Romney long worked for and that still is paying him, has 138 investment funds organized in the Cayman Islands, where Romney also has millions of dollars, how much we do not know, much of it in 12 of these Bain investments.

3. Money deposited in the Cayman Islands, or invested in funds located there, avoids US taxation. This is apparently legal, but it is not the behavior voters expect of a president.

4. Romney has released only his 2010 tax return, and even that raises questions. In contrast, all recent Republican candidates have released a plethora of information, including all recent tax returns.

5. Romney claims to have deposited much of his wealth in blind trusts, either in his name or his wife's name. But it turns out one of these "blind" trusts has invested in their son's company, and the trust itself is run by one of Romney's close friends. How blind is that?

What do we (know that we do) not know about Romney's finances?

1. The full extent of his fortune, rumored to be about $250 million.

2. The extent of his wife's fortune - much of it transferred from Romney to her.

3. Romney's annual income and the tax rate he has been paying, apparently about 15%, which is a much lower rate than that of the middle class.

4. Any financial  relationships between Romney and the Mormon Church, for which he served as a missionary and is now a Bishop. Does he tithe 10% of his income to the Mormon Church, which it asks of all its members?  Does Bishop Romney pay more money each year to the Mormon Church than to the US government in taxes? We have no way of knowing. Without financial disclosure, we cannot judge Romney's priorities. Does he put is money where his mouth is?

5. To what extent has Romney's wealth increased due to the illegal interest rate-fixing scam that is now coming to light? Mr. Diamond, who was running Barclay's Bank and has had to resign in disgrace, has organized contributions to the Romney campaign, and it seems there may be complex financial ties between some of the banks who illegally manipulated loan rates, Bain Capital, and Romney. Again, full disclosure would clear this up.

Paul Krugman put the larger question this way; "Has there ever before been a major presidential candidate who had a multimillion-dollar Swiss bank account, plus tens of millions invested in the Cayman Islands, famed as a tax haven?" Is an extremely rich man who takes millions of dollars out of the country to avoid taxes the sort of fellow we want running the federal budget, appointing Supreme Court justices, and deciding who ought to be on the Federal Reserve Board?
Posted by David E. Nye at 9:57 AM

I am sitting in a new emergency room, where I have taken my mother-in-law, because she has broken her thumb working in the garden. She insisted that she could cut the hedge while smoking a cigar at the same time, but fell over a bush. I did not see it, as I was up on a ladder with my back to her. That is another story, not to be told here. But for almost four hours I have been sitting in this curious public space, where many ailing people come through, all of them ambulatory. Those who are more seriously injured or ill come in by ambulance and by-pass this room.

In fact, if I did not know what this place was, I might have difficulty deciding what it is.