What next for Snowden in the limbo of Moscow? Asylum or disapperance?

What will happen to Mr. Snowden, still  in  Moscow?

One possibility is that he retains one or two big revelations as bargaining chips, in hopes that he can use them to gain a safe harbor. Moscow does not seem to be exactly that sort of place, given the treatment of journalists there, and the continuance of the Tsarist tradition of sending critics to prison. Putin-land is surely not the ideal location for a whistle blower. He might want to trade secrets for security in Russia, but other nations could be interested, depending on what he might have. 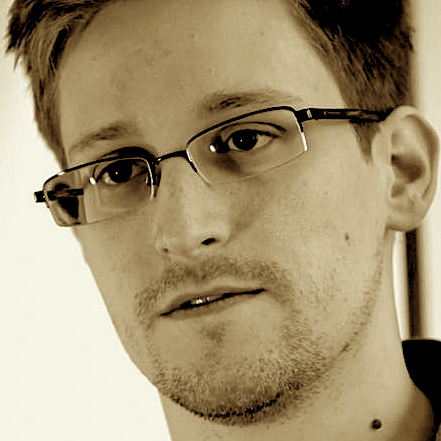 South American destinations have been in the news, more likely Ecuador, Venezuela, Peru or Bolivia than Chile, Argentina, or Brazil. Considering these possibilities underlines the nature of the problem. A large and important country is not likely to burden itself with the difficulty of entertaining Mr. Snowden. A small country probably would not likely think the risk had any payoff. Only a small to medium-sized nation that is somewhat independent of the US, probably with a left-leaning government (Venezuela comes to mind), is a likely safe haven.  Back in the Cold War, there were a few nations in Europe that might have been possible. Yugoslavia would have been ideal and Finland or even Sweden might then have been possible.

Assume, for the moment, that Mr. Snowden does find permanent asylum. Then what? He will  be a fish out of water. He will need to learn the language and the culture. He will need a job, perhaps not a difficulty since he has real computer skills. He presumably will also need protection. Soon, his knowledge of US National Security will be out-of-date and of no interest to any foreign power. He will then be of only symbolic value to the host nation, someone that they can point to as proof that they are tolerant, freedom-loving, and critical of Uncle Sam.

Presumably Snowden hoped for more when he decided to give up his well-paying job in Hawaii and become a whistle-blower. Surely he imagined that the revelations he brought would be so shocking that major powers would come to his rescue. Perhaps they are, albeit behind the scenes. One could imagine that Germany or France might quietly prefer to have a chance to talk with him. (Since writing this he has met with the Germans.) But if so, this is all likely behind thick veils of secrecy.

Snowden might have expected a groundswell of popular support, which in part has materialized both inside the US and abroad. The US officially wants him captured and brought back to stand trial, but does Obama really want such a media circus? A trial would delight the Republicans and erode the unity of the Democratic Party, because those on the left would tend to see Snowden as a martyr. Indeed, the best thing for Obama might be to have Snowden end up in some banana republic where he could be depicted as a fugitive from justice, and where he could then gradually fade from public attention.

Following this line of thought, it is perhaps not entirely disagreeable to Obama to have Snowden malingering in Moscow. Where are the Russian whistle-blowers, after all, but in prisons? Snowden without assistance can neither escape nor fade conveniently away. But the latter is actually what Putin and perhaps Obama might eventually prefer. Give the man a facelift, new identity, exile, and anonymity. If he disappears without a trace, he would have little incentive to reappear on the world stage.

Snowden's disappearance would not be justice, and it would would not reconcile the massive security he uncovered with the ideals of democracy. But it has a certain noir elegance worthy of a novel.
Posted by David E. Nye at 9:52 PM

The Poor Use of Energy in the Middle East

The consumption of energy is a topic usually taken up when discussing China or the United States. Yet the Middle East is not only a major oil-producing region, but an important consumer of oil and natural gas. Unlike the United States or China, however, higher use has not been accompanied by improved energy efficiency.

The following table shows the growth in CO2 emissions for OECD Europe, the United States, China, and the Middle East, from 1980 until 2000.  Recent statistics are more fragmentary, but they strongly suggest that the relative positions in this table (ranked according to how close they have come to sustainable growth)  have changed little since 2000. OECD Europe is still the only large region or nation that has come close to achieving sustainable growth, although the United States has begun to do better since 2008.