I have been silent for longer than at any other time since this blog began in 2007. I might blame this on any number of events. But my silence has much to do with increasing doubts about the overall effects of the Internet on our lives. The increasing commercialization and the wholesale acquisition and resale of knowledge about everyone using the Internet are disturbing. 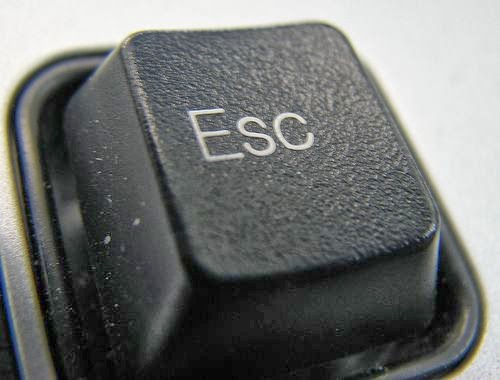 It is not just the NSA that invades our privacy. So do many others. Some do so openly.  My opinions, friends, likes and dislikes, and much else is gathered by Facebook. Credit card companies gather data about the purchases of their cardholders. Google has built up an enormous mine of data for resale. As one analyst put it, Internet users have become the product that Internet companies sell.

Many others invade our privacy illegally, prying their way into on-line identities, extracting money from digital bank accounts, or assuming false identities and telling us lies in the hopes that we will give them a pin code or a social security number. Cyber criminality is big business, and the ordinary individual does not have many weapons to fight back.

Once, enormous corporate advertising budgets went to magazines and newspapers, and in exchange one had a vibrant news media. This is all changing today, and it is not yet clear to me that the Internet is an improvement. Yes, everyone can publish, including myself. But there are so many voices competing for attention that only a tiny fraction get an audience. The older media often seem to be dominating the Internet, in any case, and, more and more, they are charging for their services. Is the overall result positive? It is too soon to be certain.

A similar pattern is evident in book publishing. There are far more authors than ever before, but most titles are now self-published. Bookstores are dying. Academic publishers are struggling. The reading audience does not seem to be growing as fast as the population. Moreover, the newspapers seem to review fewer books, and they seldom take note of academic titles, compared to the situation 20 years ago.

For about a decade the answer to these worries seemed to be that e-publishing would expand the market. But in 2013 sales of e-books in fiction fell just slightly, the first time this had ever happened. Overall, e-book sales have flattened out after rising quite rapidly in the first years. At present, the e-book is eating into sales of hard copy books, but the overall sales are not increasing. Predictions seem to be that e-books will surpass printed volumes in the very near future, but the market as a whole is not necessarily growing.

Moreover, the number of books actually being read is probably falling, if my own experience is any measure. I have purchased many inexpensive e-books and downloaded quite a few free ones, but I have read very few of them. I got them because they were free and made it possible to search a large corpus quickly. This is admittedly an advantage. But when I buy the complete works of Mark Twain for a few dollars, in order to search them easily for certain materials, such a multivolume purchase falsely suggests a larger reading public than is actually is out there.

The kind of public that surfs the Internet constantly is not thinking long and hard, it seems. The attention span dwindles. Like students who browse the Web during classes (which they have seldom prepared for, in any case), the Internet seems to support banter and jokes on Twitter more than thoughtful, long analysis.

In short, the pluses may be gradually outweighed by the minuses of the Internet. This is particularly clear in Denmark, where the government has decreed that all communication between the state and the citizen must be conducted digitally. More, they have created systems that only work with new computers, so that anyone, like myself, who has a 32-bit computer literally cannot log in. I know a number of older people who do not even know how to use email, and they will effectively be cut off. I intend to make a personal and a written protest, along with a request to be allowed a tax deduction for purchasing an other wise unnecessary new computer.

In a similar move, the Danish state schools are beginning to demand that all parents supply their children with a laptop or an Ipad for use in school every day. Imposing this expense while saving money on textbooks is wrong. Asking children under 10 to carry around a valuable computer is an invitation to thieves and bullies. Expecting teachers to solve the software problems that will ensue because children have different systems and machines is an idiotic waste of their time. Assuming that technology makes education better without public discussion is dubious.  I could write a column about this issue alone.

But to keep to the larger perspective. The new reality is that banks, government, schools, and employers now demand that everyone has a new or recent computer. It is fast becoming impossible to pay taxes, seek a job, pay a bill, or keep track of expenses without mastery and continual updating of multiple accounts, including continually changing passwords.

Worst of all, I suspect that in the long term this vast digital system is going to suffer memory losses. On a personal level, I cannot now access the things I wrote and in many cases published in the 1990s. The software and the hardware has changed too much. Does anyone really believe that if a tax or financial or legal issue arises that requires older records, that these will really be available? The jury is necessarily unable to decide this issue, and we will just have to wait several decades to find out.

Last year I was in a small courthouse in Iowa, and wanted to see some records from 1894. They were handwritten, easily retrieved, and perfectly legible. Will the same thing be true of our digital records 120 years from now? I doubt it.

Is the Internet shortening attention spans in the short term, and undermining long term cultural memory? Is the state beginning to abuse the Internet and demand "participation" in digital systems simply to save money and to distance itself from actual contact with citizens? Are state institutions, such as schools, substituting technology for books and other physical resources, and transferring the cost to citizens? In the name of efficiency and convenience, we seem to be entering a digital prison, with short-term advantages but long-term costs, not the least of which is collective memory loss.

On Becoming A Knight

I was knighted in Copenhagen on Monday, 27 January.

Such ceremonies are private, with no reporters or photographers allowed. Even family members are not permitted to attend or to wait inside the palace. I had originally thought to write up the experience, but I have realized that it would be considered improper for me to write at length about this happy event. Not everything is open to public scrutiny!

The medal that one receives cannot be sold or transferred to anyone else. It remains the property of the Queen, and must be returned after one passes away. It must be worn whenever I am in the Queen's presence. I have not yet needed to wear it a second time.