This time of year one takes stock, and that usually means reconsidering the last 12 months. But as we reach 2010, I think also of the last decade in America.

It was not a good decade. The United States in 2000 was rapidly paying off its national debt. Its economy had created millions of new jobs in the 1990s. Trust in the banking system was high. The nation was basically at peace.

Ten years later none of this is true. It has been a flat decade, with little to show for itself. The national debt is growing rapidly. Almost no new jobs have been created, on aggregate, since 2000. The Dow Jones Industrial Average is now about where it was in 2000, after gyrating uncomfortably up and down, and people rightly are suspicious of bankers. Worse of all, the United States has spent huge amounts of money on dubious wars in Afghanistan and Iraq. And hanging over the whole decade like the pall of smoke rising from the fallen World Trade Center is the specter of terrorism.

There are bright spots, the most noteworthy being the election of President Obama. But even that success is tempered by the realization that the Congress lacks a sense of national purpose and has tremendous difficulty rising above the level of petty in-fighting and party squabbles. It compares poorly with the Congress of 1933, when Roosevelt passed a wide range of important legislation. In 2009 a comprehensive health bill has almost been completed, but we await final negotiations between the Senate and the House to find out just how good or bad the final result will be.

2009 was also the year when when attempts to reign in rampant CO2 and global warming went off the rails at the Copenhagen Summit. It was the end of a decade of often mindless growth in the developing world, which seems intent on making every industrial mistake that the West pioneered decades ago: smog, lead poisoning, urban congestion, the "car culture," and, of course, my clever readers can complete this list. Should we really celebrate the fact that China's growth rate was roughly 9% per year during this decade, and that it now buys several million more automobiles than the US every year?

But hope springs eternal, as indeed it must, and here are some wishes for 2010. That the global birth rate falls rapidly toward sustainable replacement of the existing population. That consumers discover contentment with environmentally safe products and high-mileage cars. That voters insist on more and better mass transit. That bankers act more responsibly and stop giving themselves huge and undeserved bonuses. (OK the last one is probably an absurd wish). That the US economy embraces solar and wind energy, even if Congress spinelessly does little to encourage it. That the need for any foreign military in Iraq really does wind down. And that confrontations between Christians and Muslims become less common, as dialogue and mutual respect replace demagoguery and fear.

Human beings could accomplish all of these things, starting in 2010. In theory I could also lose some weight in 2010 but my past history suggests that even this will prove a hard New York's resolution to hang on to. So, modestly, let us hope that we all do a little bettter. 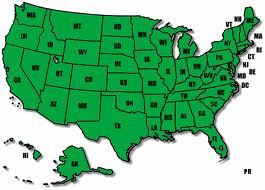