Higher Education Pays for itself

The OECD has released a report today that concludes, in part, as follows:

On average across the OECD countries, a man with a tertiary level of education will generate  $119 000 more in income taxes and social contributions over his working life than someone with just an upper secondary level of education. Unhappily, women make somewhat less, due to the continuation of wage inequality and the persistence of the glass ceiling. But women graduates nevertheless do generate more income than it costs to graduate them.

This means that  investment in post-second education more than pays for itself, generating a surplus. The report also found that university graduates have a lower unemployment rate than the population as a whole. "Unemployment rates among people with a tertiary level of education have stayed at or below 4% on average across OECD countries during the recession."

Moreover, the OECD report only tells us how much more university graduates pay in taxes than it costs to educate them. It does not calculate the value of their inventions, for example, or how much their labor contributes to better exports, more appealing tourism, more effective public service, and so forth. 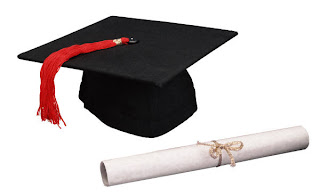 Denmark comes out well in the report, which finds it sixth in terms of the percentage of its population getting advanced education. However, it does trail the world's leading country,  Finland, with Iceland number two. Norway, the Netherlands, and Sweden are close behind Denmark at 9, 10, and 11.

Denmark needs to improve in the vital area of internationalization. Overall, the total number of international students in the world has doubled to 3.3 million from 1995 until 2008. Yet Denmark has a smaller cadre of foreign students than many counties, and it looks particularly weak in the all-important area of advanced degree programs. Fully 84% of Danish advanced degree students are Danes, compared to 54% in the UK, 55% in Switzerland, 60% in France,  61% in Canada or 66% in Austria. (Figures for the US and Germany were not available, but they do have large numbers of foreign students, without question.)

Danish parochialism is most pronounced in the PhD programs in the Humanities, where almost all students are Danes, plus a small number of permanent residents married to Danes. This is not a healthy or competitive situation. Things are better in the sciences and medicine, but not up to the level of nations that the Danes usually compare themselves with.

The United States lags behind in these statistics, with little more than a third of its population receiving tertiary education. Of course, it still has the world's strongest universities that regularly top the league tables, regardless of whether they are complied in Europe, Asia, or the US. Harvard remains number one, with Yale, MIT, Stanford, Berkeley, Johns Hopkins, Princeton, Columbia, and all the other great universities that have long been dominant among the top 50. However, if one looks at the population of the US as a whole, its educational level is not rising as rapidly as elsewhere, and the ability of the people as a whole to compete internationally may be expected to suffer accordingly.
Posted by David E. Nye at 1:23 PM