The Cultural Value of Choirs 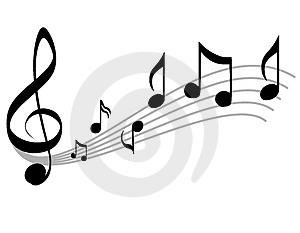 Since I was seven years old I have been singing in choirs. There have been a few gap years, when for one reason or another I was not singing, and that was always a mistake. Because a person gets much more from being in a choir than the music itself, though that is sufficient reward.

Consider the difference between singing in a choir and being an athlete or working in a business. In both of these, the high priorities are winning and advancing.  Individualism is the main value. All too many things in life seem to be about beating the other fellow, coming out ahead, proving that you are better.

Choral singing is not about any of these things. The point is not to stand out, but to blend in. Not to get to the end of a phrase ahead of the others, but to get there at the same time. In a choir, you have to learn to listen to others and make small adjustments in order to create a common sound. All the tenors have to agree not just on the notes, but the dynamics (loud/soft, vibrato? staccato? bright/dark, etc.), the pronunciation of the words, and the phrasing of the lines. Only with such adjustments comes harmony, indeed, sometimes more than harmony: on good days you get overtones and harmonics.

In a choir, your age does not matter, and it really is not important whether you have an impressive job title or not. Pensioners sit alongside students, natives beside immigrants. What brings the group together is the music, and often I do not even know what someone does for a living, even after singing with them for years. It just isn't important.

Choirs teach people how to work with a group; how to blend in; how to compromise; how to listen and harmonize. In a well-functioning choir, the rehearsals are not only fun, they blot out your worries and problems. For a couple of hours a week, at least, you are living in the immediate moment, working to make the sound right and having a good time. There are usually a few laughs, too.

In a choir, you learn (or re-learn) the pleasures of working together for a common goal.

Unfortunately, not so many people are having this experience. Choirs seem to be having trouble recruiting new members. For some, karaoke singing to a mechanical accompaniment has taken its place. For others, no doubt, choral singing may just seem old fashioned. I am pleased, however, by the phenomenal success of "Glee" - a TV show which suggests the pleasures of being in a choir. although it mistakenly over-emphasizes the importance of choral competitions.

The choirs I have been in have occasionally been in musical festivals or other events involving several groups. But the best thing about these occasions is not a competition to be the "best." Every choir has its own style and repertoire. I once heard a Bulgarian choir perform some of their national folk songs that would have been hard for anyone else to do in the same way. Give the same music to that choir and to some Norwegians, and their performances would be quite different. The pleasure is in hearing these differences, especially when choirs from several countries sing for each other.

Each choir is different precisely because it works to create a common sound. Each choir becomes distinctive because it blends the particular voices it has and the musical traditions that it knows. under the direction of a particular conductor. Good choral singing is not about winning but about learning to value the special sound only you can make together. Echoes and audiences tell you when it is all coming together.

Want to live in the moment? Combine discipline with pleasure? Reduce the tensions of race and social class? Appreciate cultural differences? Shut off your electronic equipment and live in the NOW? And do all that as a secondary result of having a good time? Then go make some music. Join a choir.
Posted by David E. Nye at 3:29 PM