Obama's Priorities for the Second Term 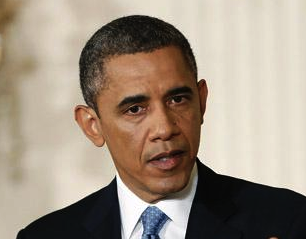 On the night he was re-elected, President Obama said that he had four priorities for his second term. These were deficit reduction, tax reform, a new immigration law, and reducing dependence on foreign oil.

Since then gun control has been forced onto the national agenda, and Obama has announced that he would like to impose more controls on the sale of automatic weapons. The Constitutional guarantee of the right to bear arms, written quite clearly into the Bill of Rights, will not easily be overthrown, however. Any major change will ultimately require the assent of 75% of the states. There are quite a few rural states where any such Constitutional amendment will be hard to push through. Remember the failure to pass the Equal Rights Amendment for women? I am sure Obama does, and he will not want to waste too much political capital on lost causes.

Let us look, instead, at the four announced goals, each in turn.

Deficit reduction. This problem did not exist in 2000, but was created by the un-financed Bush tax cuts and the un-financed wars in Iraq and Afghanistan.  Now that the war in Iraq is over, and that in Afghanistan is winding down, one consequence ought to be some savings in military spending.  In general, however, it will be hard to reduce the deficit by cutting programs.  The only intelligent way to do this is to increase taxes back to the level of the Clinton years. This leads to the second goal:

Tax reform.  During the campaign Obama spoke of reducing taxes, making this possible by closing loopholes. I have heard this idea since I was old enough to understand what politicians were saying, but either clever accountants and lawyers keep finding new loopholes or this is just rhetoric, or maybe some of both. Meaningful tax reform would seem to require the progressive taxation that existed for decades before the Republicans began to slash away at it, from the Reagan years onwards. Warren Buffet, one of the wealthiest men in the US, has said that it is ridiculous that his tax rate is lower than his secretary's. He and a group of other super-rich Americans have called for higher rates on themselves. One hopes that a few Republicans in the House will heed this call for a responsible tax policy. One way or another, revenues must be higher and spending held in check, so that the national debt once again can begin to be paid off. Curiously, the most successful debt reduction since 1970 came during Clinton's presidency. Had Bush left his tax system alone, the US would not be in the fiscal mess it is in now. I expect some changes to be made, but given the Republican dominated House, I do not expect to see real "reform." I would love to be mistaken.

Immigration Reform. An estimated 11 million illegal immigrants now live in the United States. Given the presumed importance of secure borders and Homeland security, this is anomalous, to put it mildly. The majority of these immigrants are of Hispanic origin, and Obama has promised to provide them a road to legal status and ultimately citizenship. Since more than 70% of Hispanic votes went to Obama, he has every interest in delivering on this pledge. If the Republicans vigorously oppose him, they will drive the Hispanics even more firmly into the Democratic camp. This would seem to be an issue on which the Democrats cannot really lose, even if in the short term they lose in Congress. In the longer term, these 11 million or more people have to be dealt with fairly. Moreover, Hispanics are the largest minority, far more numerous than African-Americans. The good news is that the Republicans and Democrats seem to be negotiating with some success on this issue, and a new law might be passed. It appears that it will not deliver simple amnesty, but require payment of back taxes and the like before an illegal immigrant can get on the road to citizenship.

Reducing Dependence on Foreign Oil. US oil production has been rising since 2009, based on changes made during the Bush years, which allowed oil companies to use high pressure water and chemicals to force oil and gas out of the ground - so-called fracking. The environmentalists do not like this practice, which endangers the water supply, and for that reason the Obama team is making all the right noises about being responsible. But at a time when jobs are scarce and energy expensive, the Democrats are allowing this new form of oil and gas development. But the reality is that growing US oil and gas production encourages Americans to keep on consuming at a high level. True, Obama did get through Congress much higher minimum mpg limits for new cars, and American drivers will become more fuel efficient every year for a decade as a result. But alternative energies will have a harder time in a marketplace awash with new oil and gas, and otherwise hard-hit states like Pennsylvania that are getting jobs and growth from fracking are not likely to rush to adopt solar or wind power. Obama is a pragmatist, seeking short term "energy security" in oil and gas supplies, while still pushing alternatives in the longer run, Meanwhile, he has also been pushing for more energy conservation, where there is still plenty of opportunity for improvements.

If we take this as the Obama project for the second term, it seems likely he will succeed in his energy program and that he has a good chance with immigration reform- However, he will have a harder time with the deficit and tax reform, though in each case some progress might be made.

The legacy Obama will leave behind, undoubtedly, will be his transformation of the medical system. If its implementation is successful, "Obamacare" will become as integral to the American way of life as Social Security or Medicare.

Finally, there is the economy, which Obama, or any president, actually has less control over than most people think. I will return to this subject in a later blog.