The Meaning of Obama's Massive Phone Monitoring: Is this Telegate?


I have meditated a good deal today on the massive phone monitoring effort by the US government. This cannot simply be explained away as a legacy of the Bush years, for apparently the efforts have intensified during the Obama Administration. Here are some thoughts about what this may mean. 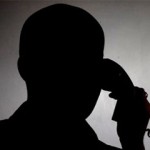 Practical. When millions of phone calls are being monitored every day, the sheer amount of data collected requires an enormous investment in equipment and a large staff to deal with the flood of information. Alternately, if there is not a large staff, then the information cannot be analyzed and used. Billions of dollars must be spent on this cyber defense system, and one wonders if spying on millions of people is the best way to spend this money or to make the country safe.

Anti-Terrorism as a justification. The justification for gathering all this information, and also apparently for monitoring hundreds of journalists, is the need for greater security. This sort of argument is impossible to refute, since it relies on unstated dangers and secret information that by definition the public cannot know about. The public is just supposed to trust the government receives real security benefits from the information gathered. Yet one cannot feel at ease with this situation, for it violates the basic rules of the American democratic system, which is built not on blind trust but a free press that serves as a watchdog. A government that spies on journalists and citizens does not inspire their confidence.

The Bill of Rights. It is often said that the Constitution does not explicitly protect privacy. This is true, but the First Amendment does protect free speech (hardly encouraged by monitoring phone calls) and the Fourth Amendment specifically protects citizens against searches and seizures. Tracking phone calls, wire-tapping, and the like are arguably a form of search and a seizure of information. The fourth amendment reads in full, "The right of the people to be secure in their persons, houses, papers, and effects, against unreasonable searches and seizures, shall not be violated, and no Warrants shall issue, but upon probable cause, supported by Oath or affirmation, and particularly describing the place to be searched, and the persons or things to be seized." Who can possibly believe that the government has defined "the place to be searched" in specific and personal terms for the millions whom they have been spying upon? I do not feel secure in "my papers and effects," which it is surely plausible to translate into today's world as secure in my digital documents and electronic communications.

Obama's Authority is eroded by these revelations.  He has weakened his presidency, and in so doing becomes a little less able to inspire the confidence of citizens or of allies. Unhappily, these revelations must be contemplated almost immediately after the public learned that the Internal Revenue Service may also have abused its powers. Time and investigations will show whether there is a pattern here, but the combination of the IRS scandal, the scandal over listening in on hundreds of journalists, and the telephone call monitoring suggests widespread arrogance in the executive branch. Given the Congressional deadlock on many issues, a weakening of the president's authority, as well as the distraction these scandals are causing, all diminishes the chances for compromises and legislative achievements.

The Bottom Line. The problems of the Obama Administration are to a considerable degree of its own making. Presidential second terms are often difficult, and this one seems to be no exception. Think of Lyndon Johnson after his re-election, when antiwar protests dogged his every step. Think of Richard Nixon's second term, engulfed by Watergate. Think of Reagan's second term, and Irangate. Think of Bill Clinton's scandal-ridden second term and the attempted impeachment. And finally, think of George W. Bush's second term, when his approval ratings sank below 25%. Since 1963, not one  president found a way to escape controversy and unpopularity in a second term. Obama unfortunately seems headed toward a similar fate. One senses that there will be more revelations, in what one might call "Telegate."
Posted by David E. Nye at 10:22 PM