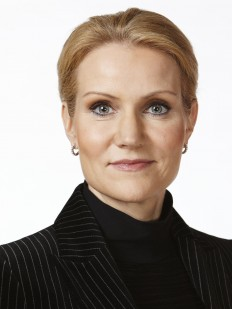 Denmark has elected its first female prime minister Helle Thorning Schmidt. Gender was not an issue in the election, which focused on domestic issues. Foreign affairs were scrarcely discussed in the  debates, which dealt with the economy, health care, and the like.

The new prime minister was educated in political science, graduating from Copenhagen University in 1994. She also studied at the University of Bruges, as an exchange student in 1993. Before being elected to the European Parliament in 1999, she worked for three years as leader of the Secretariat for the Danish Socialist Party in Brussels.  Compared to most Danish politicians, therefore, she has had an unusual career, since it began in Europe and only later brought her back to the Danish Folketing (Parliament), where she was first elected as recently as 2005.

Thorning Schmidt is married to the son of Neil Kinnock, once the leader of the British Labour Party and later an EU Commissioner. Her husband lives much of the time in Switzerland, where he works.  This fact, combined with her extensive EU experience, suggests rather strongly that the new government will not be as xenophobic as that which has been toppled by the voters.

The new coalition government does not have a large majority, and the four parties involved disagree on many issues, so it may not be easy to hold them together.