I now teach students who were as young as nine or ten years old in 2001. For them, 9/11 is not only a defining moment, and one of their earliest historical memories, but also the horizon of their personal historical knowledge. Few events before then registered, because they were just too young. Their world essentially is the world since that September morning, or afternoon, as it was here in Europe.

So much has been said and written about that time, including several MA theses that I directed, that I am not going to try to say something profound in addition. But I want to recall the decade before the attacks, not to idealize it, but nevertheless to emphasize the qualities of the 1990s that were snuffed out. The decade between the fall of the Soviet Union and 9/11 was a period of ebullience and considerable hope. There was plenty of hype, too, notably the breathless enthusiasm for the "new economy." But even so, it was a time of prosperity in the US and Western Europe and of rapid growth in many other economies. It also saw the widespread adoption of email, the advent of the World Wide Web, and the globalization of business, information, and shared experiences.

There were bad things happening in the 1990s, too, but the fundamental feel of the time was completely different than the decade that followed, the "flat decade" as I have called it elsewhere in this column. As we pass this milestone, I sense the tides of pessimism, fundamentally about economics, but contributing in turn to an undertow of right-wing or even anti-democratic politics. I hope I am wrong about that.

In talking to my students, I realize that the 1990s are their childhood, and not much of a repository of political or historical experience. How ingrained in their fundamental sense of the world are today's often harsh political rhetoric, the fear of terrorist attack, and the continued economic uncertainty?

How strange to think that half a century ago it seemed obvious to most people that future prosperity was assured, that most people would not work more than 25 or 30 hours a week, that they would retire early, and that the great problem of the future would be how to use all the leisure time. Now almost all economists and politicians seem to agree on just the opposite: that future prosperity is by no means assured, that people need to work 38 or more hours a week, that they should not be allowed to retire early but keep on until they are 67 or more, and that the great problem of the future will be the shortage of workers.

Quite possibly the future we read about in the newspapers will be just as inaccurate as the one imagined in 1961. Quite possibly, fifty years after 9/11, it will seem less a defining moment than an interruption in some larger arc of history. So remember it we must, but we should not let it cut us off from the hopes and dreams it has displaced. 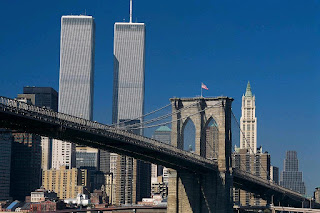