Election 2012: Romney's Campaign Strategy Could Determine What Kind of Running Mate He Needs 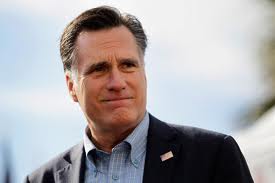 
The election campaign is moving into a new phase that will test Romney in ways he has not been tested until now. The questions and problems he now faces cannot be solved by spending more money or by negative campaigning. These two fundamental questions are the following.


(1) Can Romney move toward the center and still attract the more conservative Republicans? He must move toward the center to court the swing voters, most of them Independents. They decide most elections. Almost every candidate makes this move toward the center after the primaries, but it may be harder for Romney to do so, because he is constantly referred to as a flip-flopper on the issues. I have seen at least five editorial cartoons showing him speaking out of both sides of his mouth or contradicting himself. Moreover, can Romney move toward the center in a way that leaves the evangelical and right-wing voters feeling comfortable and enthusiastic? One possibility is that he will do this by making the campaign a contrast between himself and Obama. The more he emphasizes persons the less policies will matter to many of the voters. This approach has a problem, however, namely that Romney is not a terrific personality. Whether you liked or agreed with FDR or Ike or Reagan, all of them were warm, likable people. Call it charisma or what you will, they each had in their own way a strong personal presence. But Romney does not have anything like that, and to a greater degree, Obama does. He has turned out to be somewhat less inspirational in office than he was on the hustings, but he does have oratorical powers that no recent candidate can match, certainly not Gore, Bush, Kerry or that Senator from Arizona who ran last time, you know who I mean, but his name is fading away. In short, emphasizing personality might not be a winning strategy for Romney.

Romney would be better off choosing the other option, which is to emphasize policy differences and to keep personality in the background. If he can convince voters that the election is about fundamental policy differences, then the more conservative Republicans presumably will help push that bandwagon. He would need to stick to domestic issues using this approach, since Obama has continued the Bush foreign policy more than most people thought he would. The Defense Department has the same head, and the troops are still in Afghanistan. (It may be fortunate for both candidates, in fact, that the public does not care too much about foreign policy.)

(2) The answer to the first question has an effect on the second one. Will Romney choose a running mate who appeals to women and minorities more than he does? He wants a VP who brings him votes that he cannot get himself, but is he looking on the Right, in the Center, or toward women and minorities?  His ideal partner would have more of the common touch, appeal to women and minorities, and be a big lovable personality. With such a side-kick Romney can be a bit more centrist, presenting himself as the analytical businessman and champion of free and unregulated markets, smaller government, and lower taxes, while leaving alone the cultural issues like abortion, gay marriage, teaching Creationism in the schools, etc. etc. that instead the VP can talk about. His VP  might borrow Santorum's playbook but tone down the rhetoric. In short, the ideal VP should be a more intelligent Palin. (A certain Minnesota member of Congress does come to mind, but note that I did not name her in my list of four leading candidates for VP, posted here at the end of March.)

Assuming this is how Romney decides to play it, he might have a good chance to win. However, how much different is this from McCain's strategy?