The State of Florida has perhaps never conducted an election that was fair, when it comes to race. The long and sorry history is outlined in a New York Times article. 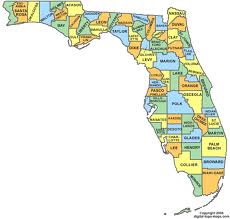 After the debacle of the hanging chads in the 2000 presidential election, one might have thought that Florida would do all in its power to make its voter registration and election above reproach. Not so. The Republican dominated state legislature is actively inhibiting voter registration. It has done so by passing laws that fine volunteers who help others to register to vote. These are not trivial fines. The first version of the law set the fine at $5000 for every form with a mistake on it. The League of Women Voters, hardly a radical organization, took this law to court and it was struck down. But the Florida Republicans know that their state is crucial in the coming election, and they immediately got up another law which reduces the fine to "only" $1000.

The intimidation and fines have worked: the League of Women Voters has stopped registering people to vote in Florida.

Imagine that you are a volunteer, seeking to register voters for either party, and the form you help someone submit has a mistake on it somewhere. Perhaps the middle initial in the applicant's name has been left out. Perhaps you have forgotten to tick the small box, which says that you have never been judged insane or mentally handicapped. (I am not making this up.)Three forms out of 100 lack that little tick in the box, and are rejected.  Register voters at your peril, for not only is there a fine of $1000 for each erroneous form, but the volunteer's name ends up in a database. Instead of being praised for trying to do the right thing - helping people to vote - volunteers feel threatened by the Republican State of Florida.  In other words, every mistake is treated as though one were engaged in the fraudulent activity of intentionally filing a false claim. That, of course, should be punished.

But the State of Florida has created more obstacles. Suppose that you discover an error in your own voter registration, quite possibly an error made by some state employee in recording the information. Possibly a computer error, especially when dealing with a Spanish or Russian or Scandinavian name. Suppose your name has the letters ñ or ø or å in it, and suppose that  the State of Florida - glorious state of the hanging chads - has computers that simply do not process those strange letters. Un-American letters. What then? Even if the mistake is not one you made, on election day, you will not be allowed to vote.

Now, who benefits from such a system? Who are those new voters that the Florida Republicans are so keen to punish? The punishment is completely non-partisan, of course, and the fines can be taken from anyone, rich or poor, white or blank, Anglo of Hispanic.  These laws are surely not directed at poorer people, who tend to vote Democratic. Why would the State want them to decide not to register since it could cost so much money?  It would be unworthy of me to suggest that Florida's Republicans are  carrying on the traditions of voter intimidation pioneered in the American South and used so successfully against African-Americans and poor people for more than a century. Of course Florida today has escaped from its racist heritage and it is ashamed of the disgraceful 2000 Presidential election. Or so one might think.

In fact, Florida is a disgrace to American values. Its history of voter intimidation offers a model only to tin-pot dictators. Florida ought to be ashamed, but it is apparently a state with no conscience, no shame, and no shred of self-respect.
The Presidential election of 2000 was quite possibly stolen in and by the State of Florida. Land of the hanging chads.
Posted by David E. Nye at 11:05 AM