Education Provides the Infrastructure of Tomorrow 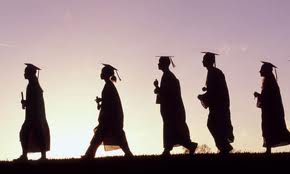 For decades, the United States had a Department of Health, Education, and Welfare, and while these are no longer joined administratively, politicians all too often seem to think that these three things belong together. They do not.

Education is part of the fundamental infrastructure a nation needs for the economy to work. Nineteenth-century manufacturers understood this, and supported compulsory education beyond primary school. They did so because numeracy and literary are essential for an industrial economy. And when the US Congress created the Homestead Act of 1862, which sold land very cheaply to settlers willing to take a chance and go West, they also passed a law that gave some of the proceeds from selling that land for the purpose of creating universities. Today, some of these land-grant institutions are among the best in the world. These nineteenth century politicians understood that to develop the economy, the citizens had to be educated.

In both the United States and Denmark recent studies have underlined the centrality of education and research to a strong economy. A US report warns that in the last decade the nation has not kept pace with others in science and technology education. A Danish study shows that people with higher educations rapidly pay so much in taxes that within just two years society has gotten back its investment in them - this in a society where there is no tuition and the state therefore knows with some precision just how much it costs to educate each student. Even humanities students, whom politicians often disparage as pursuing useless knowledge, turn out to repay the cost of their education after working for just two years, almost as quickly as the scientists and doctors, who, of course, cost more to train.

Education is the heart of tomorrow's infrastructure. It has the power to transform people's lives, to assist people who otherwise might be helpless to make vital contributions. A blind person with a good education can work and contribute to society in many ways. I went to college with a blind man who now is a judge in the United States. Without an education, he would likely have been a lifelong recipient of welfare.

Welfare rescues people in need. Welfare may help a child to greater success later in life or help a struggling parent who later becomes self-sufficient again. But welfare is not, on the whole, an activity that can or should be justified because it is profitable. Education is another matter. A good educational system will make society more entrepreneurial, richer, more agile, more adaptable, or in short, more able to meet the challenges of the future.

Unhappily, politicians keep forgetting this fact. The response to the world economic crisis of 2008-2009 in all too many places was to cut back on education. In 2010 California imposed severe cutbacks on its schools and universities, which already had had their spending slashed in earlier years. A state which was once a model for others, with a powerful educational sector driving economic growth, seems to have lost its way. In many schools 30% of the staff have been fired, libraries closed, and class sizes increased by 25 percent or more. At universities, required courses are not always available, and some students will not graduate on time because they literally cannot get into a course they need. And those who do get registered may not get a seat, as the classrooms often are not large enough to hold the expanded sections.

The failure to fund education adequately is hurting the Californian economy both short- and long-term. When people do not graduate on time, they to not repay the cost of their education as quickly. And when fewer people get an education at all and more people get a compromised education, the economy will be hurt for the entire lifetime of that generation. For a state, this is not just stupid, but self-destructive. In Denmark, national and local authorities have slashed budgets, closed schools, and created a high unemployment rate among newly trained teachers. The actual number of teachers has declined by 8% in primary school, which is a sign of very real political stupidity. At universities, there is almost no hiring, and those retired are often not replaced. A generation is being thrown away, or rather being driven away.

For people with skills are mobile. A survey found that half of all Danish workers find the idea of taking their skills elsewhere in Europe attractive. In the United States, people have always been quick to pull up stakes and try their luck in another part of the country. In 2008 135,000 more people left California than moved in, a trend that is accelerating. Often those who leave are among the most talented, such as a student who gets a scholarship, or the newly graduated student. The young often vote with their feet. The old fashioned kind of infrastructure like roads and bridges stays put. But a world-class scientist can be lured away, and an unemployed PhD will not usually linger where no one wants her, and a newly trained teacher or nurse who cannot get a job may go abroad. Thousands od the best trained Greeks and Spaniards are leaving for work elsewhere, and quite possibly they will never come back.

If education is infrastructure, it is mobile infrastructure. A society that cuts education will lose not only the skills of (and the higher taxes that would have been paid by) those it never trained - it will also lose some of the best new people it has most recently trained. Imagine that one country invests millions in a new highly mobile bridge, but then decides not to use it. Instead, another country imports this mobile bridge without paying anything for it, puts it into use and immediately begins to profit from the tolls (income taxes), and from the improved efficiency in transport that the bridge provides. Education is that kind of infrastructure. Denmark and California (and many others) have built and abandoned the infrastructure of tomorrow.
Posted by David E. Nye at 10:15 AM