Technology: Avoid Multitasking and Put All Your Eggs in One Basket. 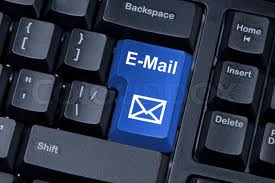 
A new study has confirmed that my writing habits a couple of years ago were better than those I have today. No one was examining my behavior directly, but this is an inescapable conclusion from a study made of office workers, reported on in the New York Times. Each wore heart monitors and the study examined stress levels and computer use. It found that people who continually checked their email were less effective and had higher levels of stress than those who mostly worked off-line.

This result does not surprise me. For some years I intentionally did not hook up my home computer to the Internet, so that I could not be distracted from writing by in-coming emails and by the temptations of surfing the net. There was a computer downstairs where I could do those things, so I was not cut off. Those were productive years, and I will try to shut off the email most of the time at home again.

During this off-line productive period, in Technology Matters, among many other things I wrote about the myth of multitasking, citing various reports that have found people are less effective when trying to do several things at once. In one sense, this is surely obvious. When writing an article, it is not a good thing to be interrupted to reply to an email, because it breaks the concentration. The office workers in the new study jumped from one window to another on their computers frequently. Those hooked up to the email did so 37 times every hour. On average they were looking at any one page for 97 seconds. Those disconnected stayed changed windows only 17 times an hour, or once every 211 seconds. Of course every time one changes from one window to another it does not mean one is changing tasks. When I create a powerpoint presentation, for example, I am continually jumping from one window to another as I search for images, look at the paper it is to accompany, and so forth.  I will shift back and forth between the same two or three windows when doing this or many other tasks. But email generally is not on the same topic as whatever one was working on, and the difference between those with and without email strongly suggest how disruptive it can be.

To be productive with the Internet always at hand requires new habits of attention.
Posted by David E. Nye at 11:33 AM