What Does the Wisconsin Recall Vote Mean?


The Democrats failed to recall the sitting governor in Wisconsin, but Obama remains more popular than Romney. What can the candidates learn from these local results? 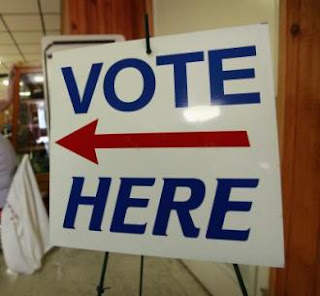 Before going into further details, however, note that those who voted in Wisconsin favored Obama over Romney by a rather decisive 51% to 44%. In other words, the election loss has a silver lining for the Democrats, in that the President remains more popular than Romney. If these voters alone were asked, Wisconsin remains a Blue State.

But the details are instructive. A poll reported in the New York Times revealed an significant divergence between male and female voters. If women alone had the vote, the Democrats, and by implication Obama in November, would win easily. But if only men had the vote, as they did until 1920, then Romney would be picking out new wallpaper for the White House.

Had more young people the Democrats also would have won. The only age group that went for the Democrats were those under 29. Likewise, those with lower incomes voted Democratic. In contrast, fully 63% of those with incomes over $100,000 a year voted Republican.

The lesson of Wisconsin for the Democrats is that they need to be better at getting out the vote, if they want to stay in the White House until 2016. They need a high turnout from young people, African Americans, people who have college degrees, and women. They need to find ways to win over some of the older, less educated, male, and white voters.

The lesson for Republicans is that they need to discourage potential Democratic voters, to "demotivate" them with negative advertising so they will stay home in November.And they need to get out the vote among the elderly, the rich, and the poorly educated.

The lesson for both parties, however, is that Independent voters will play a decisive role.If either Obama or Romney gets a 5% advantage among the Independents, that alone could spell victory.

For Romney, bad weather on election day could spell victory, as Republicans turn out a bit more in such conditions that Democrats. Obama, on the other hand, should pray for sunshine.