Which Underdog Will Lose the Election?


There may be an advantage to being a (slight) underdog in the American presidential election.  Both candidates seem to realize this. Supporters are more motivated if the victory seems achievable but not at all certain. The polls have see-sawed up and down, with Obama generally slightly ahead of Romney, but not always.

Obama, as a sitting president, would normally not have much trouble with reelection. In recent memory Johnson, Nixon, Reagan, Clinton, and Bush II all were re-elected. But the US economy apparently is slowing down, if the new job figures are accurate, and the only presidents not to be reelected since 1916 (Hoover, Carter and Bush 1) presided over weak economies. A weak economy always hurts an incumbent. Worse still, Obama's chances might be torpedoed by economic forces completely beyond his control, notably the Greek election later this month, which seems likely to cast Europe into economic chaos, or at least uncertainty. Moreover, the Republicans have raised more campaign money than Obama, which puts the president at a disadvantage in another economic sense.

Romney is an underdog in quite a different way. As a Mormon he can easily seem to represent a little-understood religion. In the abstract, if you ask Americans are they ready to vote for a Mormon for president, the support is weaker than for a generic woman candidate. Romney is also an underdog in another statistical sense, in that the Republicans are the smaller party, in terms of registration. But perhaps his greatest liability, with many voters, is that he is tightly linked to the financial sector. The public generally distrusts, even hates, the banks. Romney was a key player at BAIN, and this is surely not the ideal qualification for office in the wake of the misdeeds on Wall Street that led up to the meltdown of 2008. 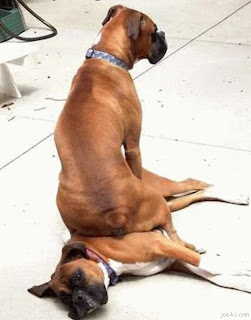 But perhaps the real underdog is the American pubic. In 2012 Republicans and Democrats together will spend $2 billion on the campaign, a rather obscene new record. Will American voters be, in effect, sold to the highest bidder? Will clever advertising replace serious debate? Will the election be won on spin rather than substance? The poor voter will be bombarded with half-truths and misinformation, much of it emanating not from the candidates themselves but from their supporters.  If on election day the big questions on voters minds are such things as how it felt to be Romney's dog on top of his car or whether Obama has a valid birth certificate, then the public will certainly have lost the election.
Posted by David E. Nye at 4:08 PM