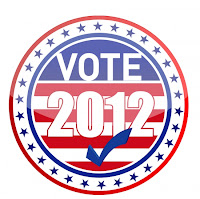 There was a New Yorker cartoon some months ago showing a lawn sign with a caption that ran, as I now recall, "Well, OK, its ROMNEY." It captured the faint enthusiasm for Romney among Republicans, and also suggested his lack of affect, the pasteboard quality of his persona. His wife has tried to breath life into his stiff frame in her speech at the Republican Convention, but can his persona really be changed this late in the campaign?

We have entered a strange political twilight zone where apparently only bland politicians can stand for a year or even longer the overexposure of 24/7 media attention. A strong personality apparently is too much to take these days, and a man with weak convictions who flip flops on many issues and who seems to have no large emotions becomes the nominee. (Instead, the VP nominee, who arrives on the scene in the closing months, has the job of being colorful, dynamic, opinionated.) Imagine Romney laughing with his whole body, a real belly laugh. Or try to imagine him really sympathetic to a poor person. Imagine him telling a story so well that it becomes fascinating. Imagine him without his handlers speaking freely through an open microphone without making a blunder. Hard to do.

By the same token, the 2012 Obama seems more buttoned down and less inspirational than 2008 Obama. His pragmatism and unflappability have been assets in the day-to-day grind of being president, but the lofty rhetoric seems largely to have deserted him. He has more empathy than Romney, but that is not saying much.

Ideally, candidates should inspire an election debate that focuses soberly on the issues. But instead, we are being subjected to a massive amount of advertising and spin. It is quite possible that this election will be one of the most important in decades, but it may be decided by negative advertising and impression management.

The debates are one of the few times where the voters get a glimpse of these two men in a (somewhat) unscripted discussion. In the second debate, they took off the gloves and had some pointed exchanges. Both were articulate and well prepared. They were by no means bland that night. Their encounter helped to underline the choices the United States must make during the next four years, choices that will have an impact much further down the road.

Will the country return to taxation high enough to pay its debts, or will it follow the Republican program of un-financed tax cuts?

Will the US really regulate banking or not? Right now it does, but Romney would roll that back.

Will the US keep the new health program created by the Obama Administration, or will Republicans dismantle it?

Will the country commit to green energy or remain locked in the carbon fuel economy, and fall further behind the curve and let other economies reap the benefits of being first movers?

Will the US again invest in education or will it fall behind the best systems in Asia and Europe? Already the US is behind in public schools, as measured by the PISA tests, but the challenge is beginning to come at the university level, too.

Will the US definitely reject the use of torture, rendition, and imprisonment without trial, which were routinely denounced under Bush but have become more "normal" under Obama?

These are vital choices that will determine whether the US remains competitive and strong in this new century. Unfortunately, Americans do not seem entirely to realize the situation, and they are being encouraged to think that the election is about such issues as Obama's birth certificate, gay marriage, teaching evolution, immigration, and the supposed "socialism" of the Democratic Party.