5 murders annually go unsolved in Denmark, compared to 25 in Minnesota 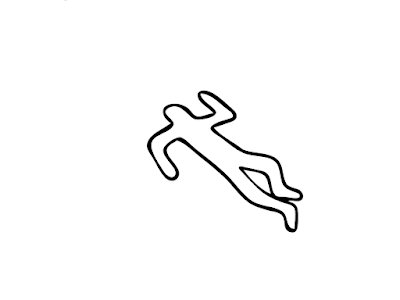 
One interesting way to compare nations is in terms of their rates of criminality and to what degree these crimes are solved. The US and Denmark are a study in contrasts when it comes to the homicide rate. In Denmark, between 2007 and 2015, there was an average of 49 murders each year, and 90% of these were solved. 51% of the killers were either partners or family members. 26% were killed by someone they knew slightly, and 11% by a friend. Only 8% died at the hands of a person unknown.

To put these statistics in perspective, consider an American state of similar size. Denmark has a population of 5.7 million, slightly more than the 5.5. million in Minnesota, which was settled in part by Scandinavians in the late nineteenth and early twentieth centuries.  The Minnesota annual murder rate during the same time period was twice as high, just over 100. Looking at 2011, a good year with less than 90 homicides, 66% of the victims knew the murderer, while in just 6 cases the killer was a stranger. These percentages are similar to Denmark. However, in one quarter of the Minnesota cases the relationship of killer and victim remains unknown. Minnesota has twice as many murders as Denmark, and about a quarter of the murderers are not caught.   Put another way, 5 murders annually go unsolved in Denmark, compared to 25 in Minnesota.

What might one conclude from this comparison? Denmark may well have half the number of murders in part because the chance of being caught is significantly higher. But the matter is more complicated than that, because Denmark also has strict gun laws. One cannot carry a pistol, and all rifles must be registered with the authorities. There are far fewer guns ready to hand when a couple or a family gets into a nasty argument. The murder rate in Minnesota might well drop a bit if guns were not so easy to come by, and it probably would rise if Danish families had as many guns.  For in both places most of the murders are committed by close friends or family.

But this only suggests a possible explanation for the higher murder rate, not for the considerably worse police results. Again, this is a complex matter, but it seems that detectives benefit greatly from information provided by the general public. The more crime there is in a community, the more likely witnesses may feel intimidated and remain silent. Such intimidation surely occurs in both Denmark and Minnesota, but where is it likely to be more common? A place where 25 murderers are not caught every year, or one where only 5 escape detection?

Of course, Minnesota is not representative of the entire United States. According to Federal records, it is among the five states with the lowest homicide rate, along with New Hampshire, North Dakota, Vermont and Massachusetts. Climate is surely not the explanation for why these five are all in the North, but it is interesting to note that the states with the highest murder rate are in the South. Louisiana and Mississippi have ten murders for every one in Minnesota. Indeed, all by itself Louisiana had more than 500 murders in 2014, more than the combined total for the states with the fewest homicides.