The Great Firewall of China

The Chinese government has ordered all computer makers to pre-install a censorship program on new computers. (See New York Times for details) This is to begin in less than two weeks, on July 1. Will the big computer firms stand up to the Chinese on this? Hewlett Packard and Dell have asked the government to reconsider, and clearly the world's computer makers are not comfortable with the plan. But will their belief in democratic principles of free speech be strong enough to withstand the fear of profit losses?

China already has a bad track record on censorship, and makes great efforts to prevent the flow of information or dissent on certain issues. James Fallows has written a penetrating article on this, based on his experiences of (trying to) use the Internet inside China during the Olympics last summer. But evidently the Chinese government feels that blocking many sites and trying to control the flow of information through monitoring is not enough. It wants to have direct control over every single PC in the country. It wants an impenetrable Great Firewall.

The importance of the Internet in promoting freedom of speech is obvious in the present crisis in Iran. There, too, the central government is trying hard to block all communications with the outside world. The Iranian government already controls and censors the newspapers, radio, and television. If it had a Chinese style program installed on every PC in the country, then control might be absolute.

At moments like this, one can only hope that programmers who believe in free speech will develop ways to disconnect or disable the censorship software. Fortunately, there are quite a few computer people who want cyberspace to be free of censorship, notably those who set up the Electronic Frontier Foundation.

The naked Chinese challenge to the computer industry should worry anyone who believes in freedom of speech and democracy. It is more than dismal to contemplate a major nuclear power that crushes Tibet and thwarts all criticism. The twenty-first century may well turn out to be "the Asian century." Will that mean a century of greater censorship, more dictatorship, and trumped up xenophobia? Iran may provide part of the answer in the coming weeks, but so too will China, if it succeeds in stifling the Internet.

In the next two weeks, will any governments speak out against the Chinese plan? Or are markets more important than principles? Centuries ago China spent vast resources building a Great Wall to keep out the barbarians. It ultimately failed to do this, and one can hope the same will be true of the Great Firewall.

If you want to find out if any site is censored out of existence in China, check out greatfirewallofchina.org 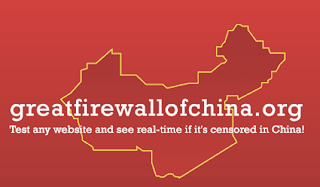