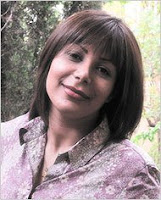 Neda Agda-Soltan, the young woman in the photograph on the left was shot and killed while standing on a side street in Tehran. She was not a political activist and not involved in a demonstration at the time. She was studying philosophy at the university, and taking singing lessons. She died on the spot, as the bullet had hit her heart. She has become a symbol of the movement questioning the validity of the elections and condemning the vicious suppression of freedom of speech, the denial of freedom of assembly, and the oppression of women in Iran.

Iran is really a sham democracy, because power is ultimately lodged not in the hands of the people but in the fists of a theocracy that is ready to crush opposition. In the past week the clerics who really control the nation have used intimidation, censorship, arrests, violence, and threats of more violence to try to silence opposition. The naked use of force is itself a sign of lost legitimacy. A large percentage of the population clearly think the government is lying and that it stole the election.


The theocracy that rules the nation itself is now split between two groups, pragmatic forces and the hardliners who hold power. Both are strongly Muslim. Both defend the right of Iran to develop atomic power and missile systems. Both see themselves as the true heirs of the Iranian Revolution against the Shah.

As the crisis deepens, the Iranian government is trying to claim its problems are the result of foreign intervention. This is nonsense. The West is largely powerless to shape events, other than to bear witness. The last thing that Europe or the United States wants, however, is an unstable Iran at war with itself. The region is already unstable enough in neighboring Iraq and Afghanistan, not to mention Pakistan. Ironically, the crisis in Iran comes in good part because the US has ignored that nation of late. Without an external foe to distract attention from its internal problems, Iran has begun to unravel.

In short, there seem to be no good outcomes. Iran may emerge as a more totalitarian Muslim state, or it may endure a period of civil unrest and division. But it does not seem likely that the more moderate and pragmatic group will prevail easily or soon, if ever. To see where this crisis is going, watch the army. If it is unwavering in support for the current regime, then expect more repression. If the army wavers (i.e. stays in the barracks), then expect blood on the streets.

Meanwhile, the EU and the United States realistically have little control or influence over the outcome. Conceivably, the Russians might eventually play a role. Guess where the Iranian president went immediately after he was declared the winner? Moscow.