Can the EURO be Saved by Top Down Budget Controls that Start Next October? And Is Brussels Really Up to this Job?

The New EU Agreement May Not Work in Practice 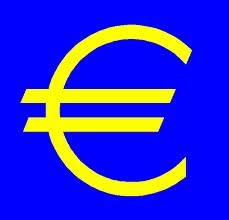 
I confess that the Euro Crisis seems to me only temporarily "solved." Except for Britain, all the other countries seem ready to let the EU have a veto over their budgets.  Is this idea feasible or practical? I think it will prove unworkable, at the latest by November, 2013. I very much hope events prove me wrong, but I fear this was an ill-advised treaty based on panic diplomacy.

Assume this new agreement goes into force and try to imagine how it will work. Each autumn all 17 nations using the Euro (and some 8 or 9 nations who might someday use it)  will send their national budget to Brussels and then sit back and wait for weeks or more likely months to hear whether their budget is acceptable.

Brussels will need to have deep knowledge of each nation's domestic politics and economy, so deep that each budget can be evaluated fairly, and quickly. If a single committee of experts examines each of the 25 national budgets and gives just one day to each, it will require five weeks to review them all. That is too superficial a look and yet would take to long, so there would need to be teams of Eurocrats devoted to different clusters of nations. And what chance is there that different committees will all apply the rules in the same ways?

These 25 or 26 national budgets will be complex documents built upon political compromises and assumptions about how each national economy will do in the following year.  This year it took the Danes well over a month to come up with their budget, which began with horse-trading behind closed doors between members of the newly elected coalition. What if the technocrats in Brussels declare such a budget invalid? Who then decides where the cuts should be made? How long will decision making take? How will coalitions respond if Brussels imposes cuts that hurt one party in the coalition far more than others? Might not Brussels cause governing coalitions to collapse, forcing new elections, and leaving nations without budgets in the meantime?

Which economic theory will be used to provide the standard model?  And what system of national accounting will be used? All nations will need to use the same or very similar systems, one would think, otherwise it will be hard to apply the same rules in an evenhanded manner. Most nations will have to "translate" their customary budget into an EU-friendly form.

What will be the allowable margin of error - i.e. the allowable difference between annual projection and actual performance in the previous year? Will a nation that suffered a natural disaster, such as a flood or earthquake be fined for failing to meet expected performance targets?  What if the cuts favor banks rather than homeowners, or they hurt schools rather than hospitals? Workers rather than pensioners? Suppose an EU budget decision is controversial? Can it be appealed? Meanwhile, is a nation making an appeal unable to tax and spend until a decision is final? These are only some of the questions that come to mind. I cannot imagine such a scheme working in the real world.

If we assume that the new arrangement is approved this spring, expect a bureaucratic circus in October and November, 2012.

I think the new treaty is a bad idea because
(1) it is a top-down control mechanism that will be unworkable.

(2) It is based on the idea of cutbacks everywhere as the solution, and does nothing to create jobs or foster growth, except growth in the Brussels bureaucracy.

(3) It does not focus on the international banks as a major part of the currency problem. The banks irresponsibly loaned billions of Euros to nations that could not repay their debts, and the new idea is to let the European Central Bank make those loans instead. I would rather see much tighter controls on the banks themselves, learning from the effective regulation of the Canadian banks who rode out the 2008 crisis quite well.

The Scandinavian countries, none of whom now have the Euro. should put a few people to work on Plan B: a common currency for Norway, Sweden, and Denmark. This would quickly be recognized as solid and secure. Compared to working with Brussels, it would be easy to administer. This particular Plan B has been discussed before and rejected. Would any Danish political party have the courage to explore this idea? Probably not now.

Wait until about 2013, when people see the complexities, inequities, and delays that come with a centralized Euro and top-down control of national budgets. By then, Britain may look like the smart one who opted out early.