The Republican candidates are busy beating each other up in South Carolina. A survey of all the polls shows that not one of them currently would beat  Obama. The President beats Romney by c. 2%, Paul by c. 6.5%, Gingrich by 8.5%, Santorum by 7.3%, and Perry by more than 11%.  The insanity/stupidly quotient is the same today as it was in 2008, by which I mean that almost 40% of the eligible voters appear ready to vote for an attractive idiot. In 2008 it was Palin, today it is Perry.

Curiously, an imaginary "generic Republican" would have a chance of tying or beating Obama. This is because when you ask voters to think of a generic Republican, they conjure up in their minds a figure who magically unites the party, without specifying a program. A Mr. Generic would presumably be a well-spoken man, with a good speaking voice and a ready smile, a clone of Ronald Reagan.

Mr. Generic does not exist, however, and the reality is that the Republican Party is deeply split between Tea Party activists, evangelicals, Wall Street special interests, and Ron Paul minimalists. Not only is there no person to unite around right now, but it is hard to see how anyone could be that person. The Republicans are in an ideological crisis and lack a focused identity.

Perhaps in theory the disparate elements could make alliances and marriages of convenience in order to cobble together a common front. But instead, the candidates are becoming more vicious in their attacks. This became serious with Romney's attack ads against Gingrich in the Iowa contest, and now has gone far beyond what we have seen in previous contests. 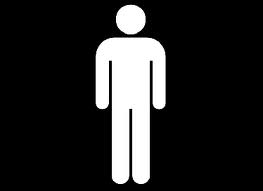 Studies of negative advertisements suggest that their greatest effect is not one of persuading voters to change sides, but rather to destroy the motivation to vote at all. The idea is that only the base (i.e. the more extreme elements, whether to the right or left) will turn out on election day. That is the theory, but it seems headed another direction right now. Negative advertising has usually been seen largely in the general election, not the primaries. What happens when it becomes widespread inside one party? Surely the danger is that it will de-motivate them, destroying enthusiasm for the political process itself.

Since the Republicans are numerically the smaller party to start out with, this spectacular display of disunity weakens their chances of standing together, much less persuading the all-important Independents to come over to their side.

President Obama can sit back, say nothing, and enjoy watching this Republican self-destruction. But he should not get too comfortable, as his own job approval rating is only 45%