Education: Danish Universities Need to Learn from the International Competition

The Danish Ministry of Research, which funds university education, is determined to "reform." To do so, it has appointed a committee to make proposals about how to improve the universities. Unfortunately, while each member of this committee is probably a reasonable choice, the group as a whole lacks breadth and international perspective. The committee does not have a single humanist and even more remarkably, not a single scientist. One member of the committee comes from the University of Bergen, but given that Norwegian universities resemble those in Denmark, this does not make the committee very international. 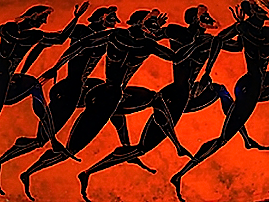 According the the London Times' ranking, neither Norway nor Denmark has even one university in the world's top 116. The top Danish university is the engineering school, ranked 117, and the top Norwegian institution is Oslo, ranked 185. All such surveys in recent years have concluded that the best universities in the world are in the United States, Britain, and Australia, and there is a sharp difference between those in the top twenty or so and the next twenty. Universities ranked lower than 100 are all far behind the world's elite.

One might think the Danish government would put at least one person from the world's elite institutions on the committee. There are Danes abroad who work at these top institutions. There are also expatriates living in Denmark who received their education at such schools. But none of this expertise will be on the committee. Of course, members of the committee have visited some of these elite schools, but a visit, even one lasting a semester, will not provide the same kind of insight as studying for a degree in such a place, much less being a permanent part of the faculty.

The committee is narrow in yet another way: most of them are closely associated with Copenhagen University (currently ranked 150) and they live in the same part of Denmark. (There are some who view Copenhagen as a fossilized institution because it hires much of its faculty from its own graduates.) Three of the five Danish universities are not represented at all.

No one on this committee has the daily experience of being at one of the world's best universities, and as a group they are not likely to think outside the narrow, claustrophobic and insular box administered in Copenhagen. They will likely write a report to the liking of the Minister, who has strong views, but himself does not have enough education to be hired for an entry level position by any university. That said, he is streets ahead of the political clowns who preceded him.

If a major corporation wanted to research a problem, it would not create such a homogeneous group, with no scientists, no humanities, almost no one from outside Copenhagen, and no one from the world's best institutions.

Denmark invests  a good deal in education. However, it has a problem balancing quantity and quality. It wishes to educate a high proportion of people at university, and none of them charge tuition. This makes it quite expensive. At the same time, in these egalitarian societies there is a resistance to either establishing hierarchies or to rejecting candidates. The desire for democratization of higher education tends to water down quality, because no one likes to set up barriers to entry.

Denmark has five universities and one technical university. All are public institutions, all faculty work to the same wage scale, and students receive the same amount in scholarship funding. This egalitarian approach has much in its favor, of course, but it does not necessarily push either faculty or students to do their best. The state rewards universities for quantity production of candidates, departments receive money each time a student passes an exam or completes a degree. Whether the student has a high or low grade point average makes no difference.

In almost all educational systems, the most talented students usually do well, and the occasional genius is not really produced by the system. Getting the other 90% of the students to learn is the challenge. And here, egalitarianism and the monetary incentives to admit and pass as many as possible have encouraged Danish institutions to lower standards.

For example, in Denmark receiving a BA, no matter how poor the grades, entitles a student to go on to an MA, regardless of talent, motivation, or achievement. Automatic admission to graduate studies is hardly the norm at the world's best universities. Admitting all BAs to study for the MA is a wasteful and pointlessly egalitarian approach to education. If students knew that they had to do well at the BA level in order to go on to the MA, both undergraduate and the graduate education would be improved. And this would not cost the state more money, but less.

At the level of individual courses the Danish system is also lax. There is no requirement that students attend classes, and they do not even need to be inside the country during term. I have had students go abroad for weeks in the middle of term or miss the first week to go skiing. Since class participation cannot be counted at all in determining grades, students need not give oral presentations, nor can teachers give mid-term exams that count toward the final grade. In most courses, grades are determined entirely by a paper or exam at the end of term.  Contrast this with any of the top universities in the United States, where class participation counts and teachers have considerable freedom in developing and using various means of assessment. In Denmark, if a student seldom comes and never says anything, it has no consequences.  Passivity is therefore widespread.

Furthermore, Danish students have the right to re-examination if they fail at no cost, and they  can take any exam three times, even if they did nothing but turn in a blank sheet of paper on the first and second attempts.  If they fail three times, they can petition for the right to retake the exam (or turn in the paper) a fourth time. Contrast this with top universities around the world, which often do not have re-examination at all but tell students to retake the course, or charge a fee for a second (and usually final) attempt to pass a course.

When Danish students take a term abroad in Britain or the United States, they all come back saying that they had to work much harder there. None fail their courses either, because they know that they cannot take those exams over again.

Danish universities also have problems in the way faculty are recruited, retrained, and rewarded,  and they could learn much from the international competition. There are foreigners like myself who have been in Denmark for years, who understand alternative systems, and who could make constructive suggestions for improvements. However, my experience is that no one listens to such suggestions. Danes seem congenitally unable to hear comments from outsiders.

In short, if the Danes really want to improve their universities, they do not need to spend vast additional sums of money. But they do need to learn from the best practices at the best universities. They need to demand from students attendance, participation, and real attempts to complete courses. They need to set better norms for behavior and set higher standards for admission to the MA. They need to open the PhD to more students and learn how to make use of PhDs in the broader labor market.

These are just some of the things that Danish universities could change to raise their international ranking. It is unfortunate that their system is so centralized and so controlled by bureaucrats, especially since most of the staff of the Ministry itself do not even have a PhD much less any teaching experience or academic publications. It seems unlikely that any new ideas will emerge from the Ministry.  One can only hope that somehow its homogeneous committee will develop an international perspective.