Solving the problem of global warming. Could consumers lead better than nations?

It seems that governments are not going to solve the problem of global warming as quickly as it needs to be ddealt with. Yet it need not be tackled by legislation. It could also be a consumer-led change.


1. Create a system that ranks countries into four groups (A, B, C. D), depending on to what degree they contribute to global warming. The rankings might be produced by the World Wildlife Fund or Greenpeace, or perhaps a consortium of environmental groups. The rankings would have to rely on information that is already publicly available, at least at first, but if the movement were successful it might have resources to develop its own data banks,

2. Once a year, a month before Christmas, consumers worldwide would hear via Facebook and other social media where each nation ranks, so that they have the chance to choose intelligently and buy products from nations with better ratings. The hope would be that consumers would be more willing to buy from nations that are trying to solve the problem of global warming rather from those that are making matters worse.

3. Once the rating system has been developed for nations, next allow corporations to be rated as well, so that an environmentally responsible company can get a high ranking even if  the nation where it is located cannot. 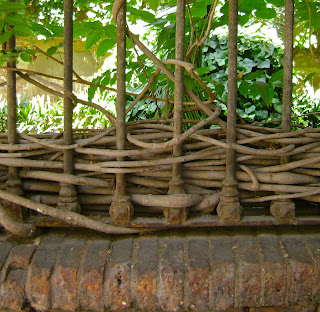 4. The third step would be to give ratings to cities, so that if Seattle or Munich or Oslo or Rio wanted to they could achieve a rating higher than that within their home nation.

5. Concurrent with these developments, encourage nations to give foreign aid for conversion to clean energy technologies focusing on those developing nations where the military budget is less than 2% of GNP. It is absurd to pour money into a nation that is investing in tanks rather than insulation, bombs rather than solar panels, or jet fighters rather than wind mills. If poor nations are not focusing their resources on the problem, why should anyone else?

6. Give annual awards to successful projects that are actually completed (not just proposals) that both improve the quality of life and reduce global warming. Make the awards as glamorous as the Academy Awards. Governments whose nations are in the A category would also be put in the limelight at these events and part of the ceremony would be to welcome any new members of the "A" club and to congratulate those who had moved up a category. Nations in the D category would not be allowed to have a presenter at the awards, but they would be welcome to attend.

7. After these ideas have been implemented, go after the trading system. nstead of considering all trade  to be a good thing, no matter what is traded, nations would be encouraged to revise their import taxes and tax codes to favor products whose production and use have the least environmental impact. This sort of taxation would encourage corporations to manufacture in an environmentally responsible way. I do not suggest that such taxes be punitive. Rather, they could be a restructuring of current VAT, and be applied to c. 25 consumer goods that are particularly large consumers of energy, such as automobiles, air conditioning, stoves, televisions, and so forth.

I realize this is only a sketch, but hope such ideas can be expanded and implemented. An umbrella organization would be needed. Ideally, someone with deep pockets might support it, or perhaps the Norwegians, who have a large budget surplus and a history of environmental awareness, could take the role as a lead nation. But as I said at the beginning, the best thing would be a consumer movement that is not a hostage to politics.
Posted by David E. Nye at 11:08 PM