The London Times has released its annual assessment of the world's universities, and the United States still dominates the list, both in terms of quality and quantity. The following graph summarizes the results for the first 100 on the list:

One can quibble about various aspects of these rankings, but having lectured widely and visited many universities as part of my research, I am not surprised by these results. Whatever the precise order, California Institute of Technology (1), Harvard (2), Stanford (3), Oxford (4), Princeton (5), Cambridge (6), MIT (7), Imperial College, London (8), Chicago (9), and Berkeley (10)  deserve to be in the top ten. Pity poor Yale (11) which fell one notch since last year. It will have to watch out that Columbia (12) does not get ahead next year. Columbia is a rising star, having moved up six places in a single year.

Likewise, it is my impression that Michigan Ann Arbor (18) deserves to be ranked higher than New York University (44), and that Cornell (20) clearly is better than the University of San Diego (33) or Santa Barbara (35). In other words, one might argue for slight movements up and down the table, but the approximate placement seems correct.

My admittedly subjective and partial impressions of European universities also correspond with these results. Of the German universities I know, Munich (45) does seem the best. And I would agree that no Italian university that I know deserves to be in the top 200.

This leads me to suspect that the Times is also right to rank three Swedish universities in the top 100, but not a single Danish university higher than 125 (Aarhus), with Copenhagen (135) placed better than I would have thought possible after the research scandals that have shaken it during the last academic year, and which have never been entirely resolved.

The government's refusal to fund Danish universities adequately over the last  decades has harmed their international reputation, compared to the Karolinska Institute (32), Lund (80), Uppsala (87) or Helsinki (91).  The Danes remain snared in the mediocrity of the Jantelaw, which roughly can be translated into belittling talent, top-down control, and second-class resources provided equally to all. But my subjectivity is no doubt getting the better of me. 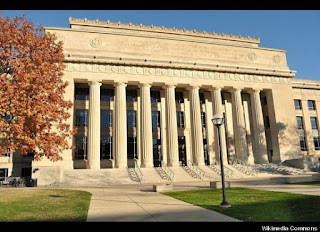