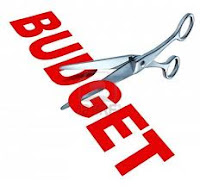 Many hoped that the new socialist-led government would offer a dramatic improvement over the previous right-wing coalition. But in many areas where they promised change, they have continued the old policies. Some of the promises they have broken were made with extreme clarity, and then forgotten immediately after they came to power.

One of the most notorious examples was the promise, given in writing as an unshakeable commitment, that the hospital emergency room in Svenborg would not be closed. It serves several islands and the southern part of the larger island where I live, This \signed promise was broken as soon as they took office. Now they declare it will be closed. I firmly believe that some people will die because it will take them over an hour from the time an ambulance arrives until they can get to the only emergency room left on these islands, in Odense, where I live. This is a blow to a beleaguered area that already has trouble attracting residents. Before the election, the Socialists claimed they would help such outlying areas, and not continue the policy of centralization that is undermining them.

Likewise, the new Socialist-led government promised to roll back a sizable cut to the university budgets proposed by the old government before the election. In Denmark a certain amount is paid to each university for every student it matriculates. The old government proposed to cut this amount by 3000 kroner per student, and the new government now agrees. In 2012 Danish universities will find their teaching budgets reduced by c. 600 million kroner, or more than 100 million dollars. (Those who read Danish, see the news stories here, and here) To put this another way, support in most of the humanities will fall by 6.5% per student, but given rising costs the effect will feel like a 10% reduction. This decision will force universities to cut the number of teaching hours, put students into larger classes, fire some faculty, and slow down the purchase of essential equipment. UPDATE, October 2012. These things are all happening. There are now "language" classes, focused on improving oral proficiency, with more than 30 students, in some cases more than 40. This means that during an entire semester a student in such a class will only speak English for about 20 minutes each, at most about two minutes per week. It means that new BA programs are implemented without hiring any additional faculty or providing any additional money in the budget, while announcing goals that cannot possibly be met given the faculty and resources.

These cuts are twice as large as the increases announced for research, amounting to c. 300 million kroner for 2012. These funds are not all funneled to the universities, however. For example, some research money will go to hospitals or innovation support institutions. In any case, the research funds that do go to universities cannot be used for teaching. The plans for 2013 call for even larger reductions for teaching, which will create a severe crisis.

Before the election the Socialists said (or rather they pretended to believe) that increased funding for education was essential, because the only real asset Denmark has is its people. A highly educated and skilled population will be needed to compete in the global market, but this new government, like the old one, now is unwilling to pay for it.  SDU's Rektor Dr. Jens Oddershed, speaking for the rektors of all the universities, declared that the government had broken its word.He was being diplomatic. A more scientifically objective view would be that the Socialists are cynical prevaricators.

Readers inside Denmark know that these are just two of many examples of the socialist-led government's unapologetic refusal to honor campaign promises. Like the previous government, the Socialists lack integrity. They prolaim one thing, but do quite another. In a few areas they are better, but in general it seems that, as George Orwell put it in the conclusion to Animal Farm, "The pigs have become men."

Where might the money come from to support hospitals and education? This government has refused to roll back tax cuts given to the wealthy by the previous right-wing government. Anyone can now see that the cuts were based on miscalculations and that they were un-financed.

Why should universities and hospitals be cut instead of rolling back the tax cuts for the wealthy? This is not even remotely a socialist program. It is not even an intelligent capitalist program. The new government so far has been a severe disappointment.