What we can be thankful for on Thanksgiving


A cynic might say that we have nothing to be thankful about on Thanksgiving. But there are some good things. I am delighted that Sarah Palin is not Vice President, for example, and glad, too, that McCain is not living in the White House. I am pleased that US energy use (per capita) has leveled off in recent years, and that the shift to renewable energy is continuing, more slowly than I would like, but it is happening.

It is a good thing that the Cold War came to an end, and that the economies of Eastern Europe continue to improve - a story that has been rather swept aside with all the focus on Greece's deficit. Likewise, little Iceland has clawed its way back from the brink of collapse. Denmark has gotten rid of a very bad government and replaced it with one slightly better. The Germans remain willing to bail out the failed economies of Southern Europe, and the French show signs of dumping their prime minister, whom I never have liked much. Italy has finally gotten rid of that buffoon Berlusconi. As for Spain, the economy is rotten and the socialists have been cast out by the voters, but at least their football is sublime.

Many bemoan the low house prices in much of the western world, but this is a good thing for millions of first-time home buyers, who also get lower interest rates than in a booming economy. My own house is worth a bit less, but I am not planning on moving any time soon.  The loss for me and the majority of people is more theoretical than real, and those starting out a life can get a good deal, often after years of waiting.

I am also glad that the US did not make the turkey the national bird, as Ben Franklin suggested. For in that case it might have become a protected species, and instead we might be eating genetically enhanced butterball bald eagles. 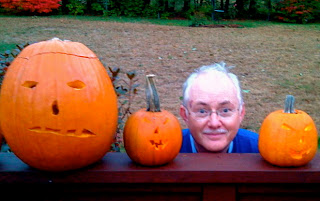