Ten Ways to Respond to Syrian Use of Poison Gas, Other than Bombing

This column was written before the possibility of removing the poison gas emerged, with the subsequent negotiations between Russia and the United States. Much happened in just a week.

The use of poison gas is completely unacceptable and risks transforming warfare into indiscriminate mass-extermination. Some people therefore think that President Obama is showing weakness because he is not just bombing Syria without consulting Congress first. They would like to see more cowboy diplomacy of the sort practiced by Ronald Reagan in Libya and by George Bush I in Somalia. By some strange logic, many of the Republicans who cheered on George Bush II in attacking Afghanistan and Iraq now want restraint in Syria. But war should be declared and funded by Congress. 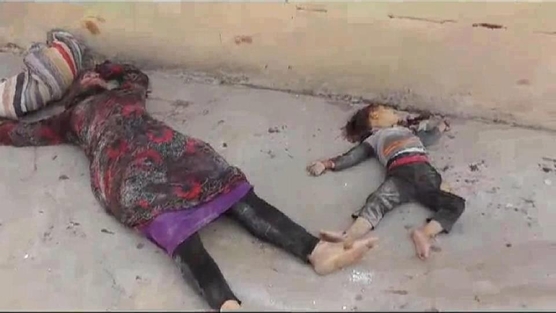 The more serious problem is that officials inside the Beltway, both Republican and Democratic, have reduced the available options to (1) launch missiles or (2) do nothing. There is serious mental poverty in Washington when people cannot think of more options than that.

Here are ten other ideas about what might be done. No doubt some of these ideas are better than others, but none of them involves bombing a foreign government or killing people.

(1) Punish economically the states that supply the Assad regime with arms and military supplies. It should cost something to support gas warfare. American tourists might also be advised to avoid travel to such countries.

(2) Press the World Court in The Hague to investigate and charge Syrian scientists and government officials with crimes against humanity.

(3) Launch a global public relations campaign against Russia and China for supporting Syrian atrocities at the UN and thereby paralyzing any world response.

(4) Seize Syrian government assets, if any remain in the United States, and use them to feed the enormous number of refugees fleeing the civil war.

(5) Create a no-fly zone over Syria, so its air force cannot bomb the Syrian people.

(6) Work insistently with the Arab League to develop a coherent regional response to the crisis.

(7) Break all diplomatic relations with the Syrian government. Expel their ambassador and staff.

(8) Press the rebel groups to find common ground to create a political alternative. Otherwise, their victory over the current government would likely only lead to more civil war.

(9) Press NATO (i.e. the European so-called allies) to take a role in the crisis. Europeans seem to have forgotten that it was in their own World War I that poison gas was used indiscriminately.

(10) Hold ceremonies at the graves of soldiers who perished due to gas warfare in every European country that refuses to hold Syria accountable.

One could also drop vast quantities of laughing gas on Syria, and see if that changes the mood. (OK, that is not a serious proposal, but it shows the ability to bomb, while not doing it.)

These are some of the many things the United States might do in this crisis and that President Obama could do (in most cases, including the laughing gas) without consulting Congress. It is time to use more imagination and less force in meeting international crises. The military approach has not been so wonderfully successful that all other alternatives can be ignored.