Should the United States invest in education, cultural exchange, and international understanding, or should it take money away from such things and instead invest in spying, code-breaking, eavesdropping, and the creation of international distrust? Since 2001, the answer to that question has been to plow billions into The National Security Agency (NSA) while cutting funding for cultural programs. Since May the NSA has been much in the news, as the extent and reach of its programs has become known. Most Americans, if asked before then, probably could not have said what the initials N S A stood for, even though they were paying billions of tax dollars to support it.

The scale of the NSA's main facility at Ft. Meade, Maryland is best grasped by some comparisons. It is larger than the United Nations building and US Congress combined. It is the largest employer and the largest user of electricity in the State of Maryland. There are spaces for more than 18,000 cars in its parking lot, and the site has its own entrance from the nearby interstate highway. Do not try to use the entrance, however, as it is for NSA employees only, and you will be stopped if trying to enter the area. 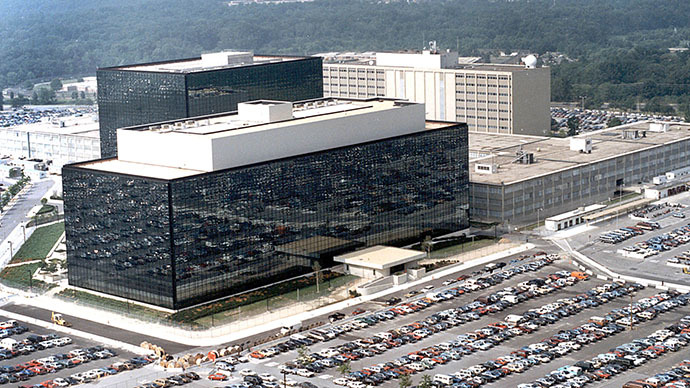 There are many NSA facilities besides the buildings at Ft. Meade, both in the United States and abroad. Estimates of the number of employees vary, but apparently there are about 30,000. Being a secret organization, it is hard to get a reliable figure. The Washington Post recently wrote that there were 35,000 code breakers working for the NSA and affiliated groups at the CIA and other agencies. Whatever the number, it is clearly more than the combined faculties of the Ivy League plus MIT and CalTech. Harvard has 2100 faculty, for example. Dartmouth and Brown have fewer, Cornell has more. But the faculty for these ten elite universities are less numerous than the employees of the NSA.  Is the social, educational, and cultural value of the NSA greater than ten of the world's finest universities? The Harvard faculty has won 44 Nobel Prizes, trained generations of outstanding leaders, and graduated an international body of alumni from almost every country in the world. Such universities are a major force for progress, peace, and prosperity. They not only create knowledge; they create a global community.

BEcause the NSA is secretive it cannot create a global community. It creates suspicion and distrust. It stimulates paranoia. It assembles enormous databases.  It listens in on the presidents of foreign countries, and has recently angered Brazil, Germany, and Mexico, to name just a few. Its staff creates encryption and de-encryption codes. They publish some articles, but their best work must be hidden from scholars, and they cannot be said to be part of or to participate in the global community of knowledge. They are paid as well as Ivy League faculty, but they do not have the same credentials. Would anyone seriously propose that the NSA's contribution to life is equal to that of one Harvard or one Yale, much less 10 such universities?

I am not arguing against the NSA, as such. But how large should it be? At what point would money be better spent elsewhere? Its value does not increase as a direct function of its size. When do diminishing returns set in? An NSA twice as large is not necessarily twice as valuable. There is an enormous new building about to open in Maryland. There is a new data center in Utah as well, and there are more facilities on the drawing board.

The budget increases for the NSA have come at the expense of other programs, notably cultural exchanges, such as the Fulbright program, which creates strong international connections and builds understanding and trust. As the NSA has grown, such programs have shrunk or disappeared. The Mike Mansfield Fellowship program improved cultural understanding between Japan and the United States, until it was cut from $1.8 million to 0! Likewise, the Institute for International Public Policy Fellowship Program (IIPP) once offered study abroad to minority undergraduates, but it has lost all of its funding. The State Department also plans to eliminate all funding for the George J. Mitchell Scholarship. It provides postgraduate study in Ireland and Northern Ireland for 12 individuals a year. That is a small investment, but over time such programs create valuable networks of human relationships.

The largest and oldest such program, The Fulbright, has had to struggle for funding since the end of the Cold War. Yet in many nations the American contribution is matched or topped by the partner countries. Germany and Denmark, for example, put more money into their Fulbright exchanges with the US than the State Department does. American cutbacks in this case make no economic sense, for these foreign countries are funding US faculty and students to go abroad. There are more than 300,000 Fulbright Alumni from more than 150 countries, and everywhere they are a force for mutual understanding that promotes economic growth and cultural exchange. About 8,000 Fulbright awards are granted every year, with roughly 30% of the money coming from other nations or private contributions.More than 40 Fulbright alumni have won Nobel Prizes. No one from the immensely better-funded NSA has done so or ever is likely to do so, because its organization and goals are antithetical to the values that these prizes recognize.

The US government contributes about $275 million per year to Fulbright. By comparison, the 2014 budget for NSA and the like is 175 times that size. It "Provides $48.2 billion in discretionary base funding for the National Intelligence Program." This is more than the operating budgets for the ten leading universities already mentioned and all the exchange programs combined.

Instruments of "soft power" such as the Fulbright Program are being neglected or even abandoned in favor of secrecy, spying, and code-breaking. Yet the West won the Cold War in good part because its cultural life, its educational institutions, and its consumer goods were more appealing than the Soviet alternatives.  Expanding the NSA at the expense of good universities and cultural exchange is not good policy. It is time to see the NSA as just one part of a coordinated approach to better security and improved international relations. Spying cannot bring peace or prosperity. Creating vast secret agencies with no public oversight does not enhance democracy. The danger in such enterprises is that the means become the ends, that surveillance itself (and its expansion) becomes the goal.